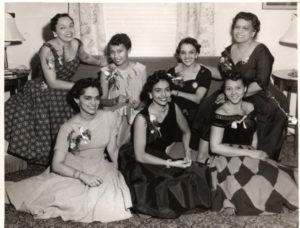 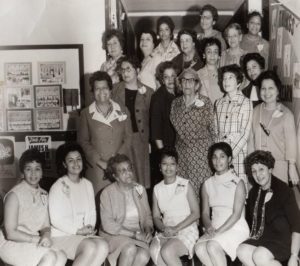 1949 – 1959: The Dayton (OH) Chapter of The Links, Incorporated was chartered on May 28, 1949, at the home of Mrs. Letitia D. Rose. Our chapter is the 1st Chapter Chartered in the State of Ohio, the 2nd Chapter Chartered in the Central Area, and holds a unique position in Link history as the “13th” — formed before The Links became a nationally recognized organization in June 1949. The organization was formally incorporated five years later in 1951.

1960 – 1990: Through the years, the Dayton Chapter has continued to grow in size and expand its efforts to serve the Dayton community. Members are recognized for outstanding achievements and community involvement beyond the organization – including appointments to city/county/state boards, appointments as state officials, and recognitions by the city/county/state for outstanding service. Within The Dayton Chapter of The Links, Incorporated, members have been appointed and served in both area and national level positions. Two Dayton members have been elected and served as Central Area Directors: Link Laura Jones (1964-1966) and Link Marion Sweeney (1987-1991). Programming highlights included establishing the Sinclair Community College Scholarship Endowment – which still continues today and establishing Hospice of Dayton “Caring Touch Saon”.

1991 – 2000: Dedicated to positive, impactful and productive projects which contribute to the educational, civic and intercultural growth of the Dayton community, Dayton (OH) Chapter of The Links, Incorporated began a signature fundraising event – Cookin’ Men in 1992 and established The Links African American Community Fund Scholarship Endowment to benefit Wilberforce University and Central State University students in 1993. Both Cookin’ Men and the Scholarship Endowment continue as core components of our organization enabling us to fund outstanding programs and support HBCU student matriculation.

As we continued to focus on all facets, the Chapter implemented several new initiatives – Education Across The Miles, Society for the Advancement of Culture & Welfare in Sierra Leone (SACSL), Links To Luggage, Linkages To Life, hosting the AIDS Memorial Quilt, and Smart Edge.  The Chapter later moved to an Umbrella Programming framework with Books Alive 4 Kids at Wogaman & Louise Troy Elementary Schools. We have endowed scholarship funds to support students at Sinclair Community College, Central State and Wilberforce Universities. Whether it is providing financial literacy programming with partners, AARP and Ally Financial, or partnering with other community organizations, such as the Boonshoft Museum, Dayton Art Institute, the Dayton Contemporary Dance Company, the American Cancer Society, Life Connection of Ohio, or Clothes That Work!, the Dayton Chapter of The Links, Incorporated, strives to improve the quality of life for the members of the Dayton community and to become the premier community service organization in the Greater Dayton area. We believe in the vision of our founders and in the power of friendship and service – “together we’ll succeed!

2014 – Current: In 2014 we celebrated our 65th Anniversary.  As part of the celebration, we hosted a “65th Anniversary Community Partner Reception”, where we recognized select community partners that facilitated educational, civic, social service and cultural growth in the Miami Valley the past 65 years. More than $65,000 was awarded to various organizations that perpetuated the ideals and purposeful work as The Links Incorporated.